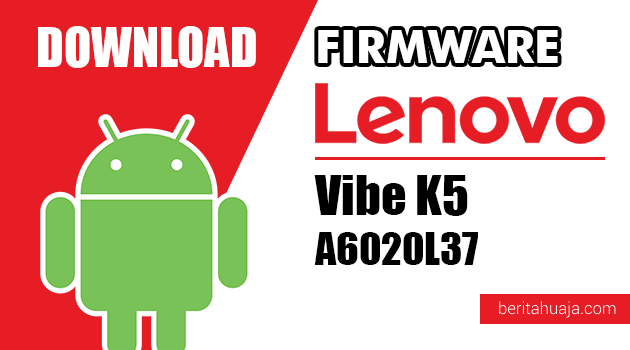 Firmware is a designation for software on a mini media memory on a hardware device. If your Device encounters problems such as Bootloop, Stuck in Logo, Brick, Total Death, Stock in FRP or any other Software issues, then you need a new Firmware installation to fix the corrupted system.

If your Android device has System problems, I suggest you do not rush to the Service Center, but you also have the opportunity to make improvements by flashing Firmware or Stock ROM.

If you wish to get another Lenovo Firmware, then you can get it on the post "Download Firmware Lenovo Android Devices (All Models)"

To download the Lenovo Vibe K5 A6020L37 Firmware, you can find it in the links in the table below: