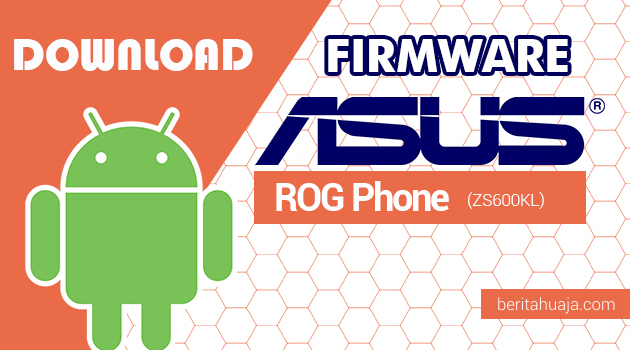 Firmware is a software that is attached to a mini media memory on a hardware device that contains the identity and functional hardware. On Smartphone or Tablet Android devices in general often experience problems in Firmware such as Bootloop, Brick, Stuck on Logo, Hang or maybe stuck on Google FRP.

Usually users who experience the problem must do Flashing Firmware / Stock ROM to fix problems that are happening on their Smartphone or Tablet, in the hope after doing Flashing Firmware / Stock ROM is their Android Device will return to normal. Flashing the new Firmware does not rule out the possibility that your Android device will return to normal or even exacerbate the problem. Flashing Also done to update the Android system or upgrade from the Android system.

In this post we want to share to you who need Firmware / Stock ROM Asus ROG Phone Z01QD (ZS600KL) for the purposes of fixing the problem of Smartphone or Android Tablet device in the first paragraph.